I have been privileged to fly regularly as part of my career since I graduated from university. In 2012, I had an unusual encounter with God. A huge amount of grace was given me when God enabled me to experience 7 consecutive upgrades for air travel. What was amazing was that I did not ask for the upgrades, but it was simply given to me! However, when I got ‘greedy’ and asked for an upgrade, I didn’t get it.  These upgrades took place across 5 different airlines – Delta, Alaska Airlines, Singapore Airlines, Silkair and Scoot Airlines. I do have to caveat that at the time of travel, I was Platinum status on Delta airlines, and Krisflyer Gold on Singapore Airlines. However, it’s not easy to get upgrades in my years of travel, and 7 in a row of upgrades is simply unbelievable.

This is my story with God.

21 July 2012 – This was the start of my unusual encounter with God for air travel. I was offered a business class upgrade from Atlanta to New York on DL1642. Didn’t ask for it. I just got it. I was ecstatic when the check-in attendant offered it to me. This was upgrade #1 of 7.

22 July 2012 – I spent the weekend in New York. As I was heading back to Singapore, I thought to myself, “Hmmm. I got a business class upgrade from Atlanta to New York the day before. I wonder if I should just ask for an upgrade from New York to Narita, Japan”. As I was checking in, I got ‘ambitious’ and plucked up enough courage to ask the Delta check in attendant at John F. Kennedy airport. Guess what?

I was told, “No upgrade for your sir”. However, the seats on your economy row are empty.

A little embarrassed, but O well, no business class upgrade, I thought. At least I could sleep all the way across the Pacific Ocean and lie down flat since no one else was sitting on the same row of seats with me. It was ‘almost as good’ as business class.

23 July 2012 – I spent a few short hours in transit at Narita airport. As I trudged my weary jetlagged body to the gate, I was prepared to board the remaining Delta flight from Narita to Singapore. Lo and behold, surprise surprise…. the Japanese check-in attendant stopped me as she checked my economy class boarding pass. She gestured to me to wait, paused, and promptly swapped my economy ticket to business class! Wow! I didn’t even ask for it. Nevertheless, I was happy and thankful to God for the upgrade. That was upgrade #2 of 7.

15 August 2012 – my next business trip was to Taipei. I was traveling Singapore airlines. My company’s policy was to fly economy class for intra Asia short haul flights. Surprisingly, I was upgraded from the middle of economy class to the front row of economy class. I didn’t ask for it. I just got it as I was at the gate. This was upgrade #3 of 7.

28 August 2012 – this time, the upgrade was from economy to business class on Silkair! I was traveling from Singapore to Penang for business. As I was about to board the flight at the gate, the check-in attendant swapped my economy class boarding pass for a hand written business class upgrade. I was amused on the hand written ‘boarding pass’ but hey, who’s complaining?  Did I ask for an upgrade? Nope. I was handed one. Upgrade #4 of 7. 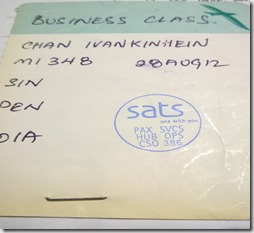 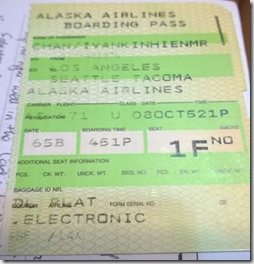 8 December 2012 – it was close to the end of 2012. I had my final business trip to Japan. Incredibly, Singapore Airlines upgraded me without me asking for it from Singapore to Narita airport. This was upgrade # 6 of 7. 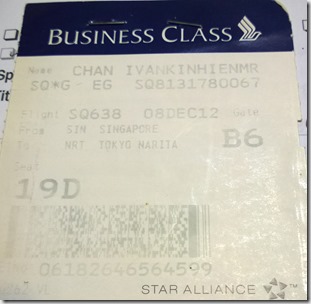 31 December 2012 – the final and most incredible upgrade was for my entire family when we were flying back from Sydney to Singapore on Scoot Airlines! Scoot is a budget carrier. It was my 1st time flying with them and I didn’t do a good job planning for the family when I booked the tickets. I didn’t get the family to sit together because I ‘thought’ I could request for us to sit together upon check-in. I was horrified to find out at check-in that my whole family was scattered across various parts of the airplane as I was too ‘cheap skate’ to pay for the few extra $ to secure a row of seats initially. My wife wasn’t impressed with me at all when we found out as we were checking in.

Anyway, the check-in lady was kind, and said to me along the lines of, “Mr. Chan, would you like to sit together?”

“Well, we have the ‘premium economy’ seats in which we could seat all 4 of your family together. I think I can put your family there. Would you like it?”

“Uhmm. That’ll be great”, I muttered

“OK. Well, we usually charge for the seats, but this time we will offer it to you and upgrade your family to seat together at no extra charge”

Orrhhh. I almost fainted in relief.

I couldn’t believe it. I was even ‘upgraded’ on a budget carrier!! 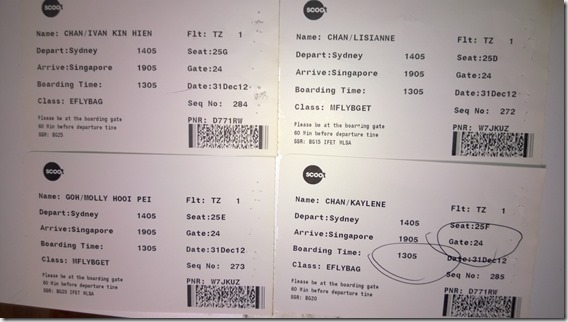 In 2012, I had encountered 7 unusual, consecutive upgrades ranging from the middle of economy seats to front of economy. I was upgraded from economy to business class. What’s the moral of the story? The moral story is that you don’t work for God’s favor. The Bible says in Romans 8:28, “And we know that in all things God works for the good of those who love him, who[a] have been called according to his purpose”.

After that 7 consecutive upgrades in 2012, I have not been upgraded since. It doesn’t matter. I learnt a big lesson about God’s favor that you can’t work for it. God favors you because He wants to. It’s not because you serve Him, or ‘earned enough brownie points’ to curry his favor. That would be works or ‘rewards for performance’.