1996: Trusting God For Your 1st Job Despite Being Sick

I had 5 wonderful years working and studying in beautiful Montreal from 1990 to 1995. When I made the decision to re-join my family in Sydney, Australia in August 1995, I seriously wondered what God had for me in the ‘land down-under’. Besides my family and some relatives, I had no roots, no friends in my new Australian home.

December 1995. After 3 lazy months spending time in my parents home in Greystanes, New South Wales, a quiet western suburb located 30 kms from Sydney, I felt it was time to look for work. I’m sure my brothers and my family felt relieved because I was eating into their space during the day and getting on their nerves! So from the beginning of December, I started poring over the classifieds and started looking for a job in the Information Technology (IT) industry. I recalled having 5 distinct interviews with various recruitment agencies without making much progress to 21 December. 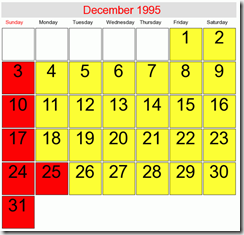 Thursday, December 21. Christmas was looming around the corner and most recruiters would be heading off for Christmas vacation for the next 1-2 weeks. On that day, I had a bad runny nose due to a bout of flu. I managed to secure my 6th interview with a recruitment agency in downtown Sydney that day. If I didn’t get a job, that would be it for the rest of the year. I would have to start looking in January. The interview was in the afternoon and I remember meeting my interviewer who seemed to be in a hurry. Throughout the rapid exchange over an intense 30 mins, I felt physically drained and couldn’t concentrate as I was trying to manage my nose from leaking throughout the interview. I walked out of the interview feeling discouraged as I felt I didn’t do a good job convincing him and felt it was such a short chat. I mean, 30 minutes was all he gave me! The previous five other interviewers spent close to an hour with me! This felt really short. I took the westbound train home from City Hall train station feeling discouraged.

To my surprise, I got a call shortly after I got home. The same interviewer spoke over the phone something that resembled, “Mr Chan. We have managed to secure an interview for you at Commonwealth Bank tomorrow 22nd December. Would you be available to go for the interview tomorrow? If not, there won’t be an opportunity for the bank to interview you until after the New year”. I was totally astounded at the speed and arrangement for the interview, and responded gratefully, “Yes. I would be glad to do the interview tomorrow”. After getting the details, I hung up the phone and was stunned. Wow, what felt like an unsuccessful interview turned out otherwise. 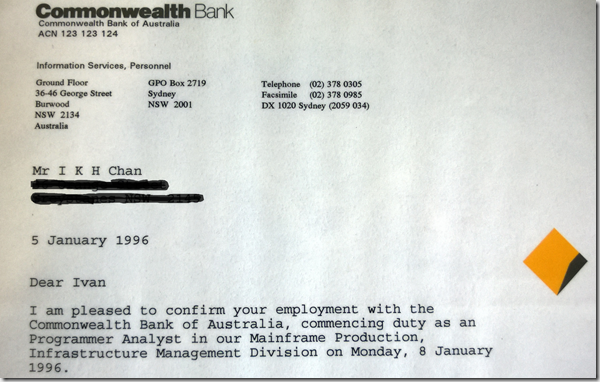 With hindsight, I marvelled how God led me to land this job at Commonwealth Bank. It is by God’s grace we are who we are. If you are looking for your 1st job, or any job, remember that God wants to help you. Commit your ways to God and He will help you. Pray this simple prayer, “Lord Jesus, I ask for your help in my job situation. Work things out for me according to your plan. In Jesus name, amen”.

It is not by our own works, but by God’s grace. Scriptures in Proverbs 19:21 teaches us that, “many are the plans in a person’s heart, but it is the LORD’s purpose that prevails”. We can prepare ourselves all we can, but I also note in Proverbs 21:31 that “the horse is made ready for the day of battle, but victory rests with the LORD”.