Summer of 1994. An impossible job situation

The Bible in Matthew 4:4 says that “Man shall not live by bread alone but by every word that comes from the mouth of God”.

It was towards the end of of my 4th year studying my Bachelors of Engineering degree at McGill University, Canada. I saw an 18 month internship position for a telecommunications company and applied for it. Soon after that, my application was accepted. I had a part time position as a Computer lab technician at one of the Faculties at that time. When I heard the good news that I had gotten the internship position, I promptly quit my part time job at the Computer lab. It was good news as it would help to pay for my expenses for the next 18 months, and help offset the family finances to pay for my tuition fees 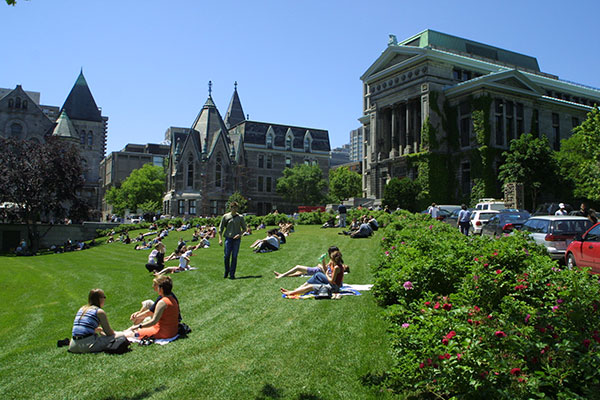 As the summer holidays begun in May 1994, I was scheduled to visit my family in Sydney, Australia. Right before I left to Sydney, I was informed by the Internship Centre that my application was rejected because I wasn’t eligible due to my student visa status. I was devastated. Not only did I quit my previous part time job, I now had no means of supporting myself during the summer vacation because I had no job. I went back to Sydney with a deep dark cloud over me. My mind was troubled during my month long stay in Sydney. I kept thinking to myself, “How in the world can I find another job?” International students in Canada like me at that time were only limited to my field of study, which was Computers, and only on Campus. I couldn’t work as a cleaner or at McDonalds even if I wanted to.

I rushed to search for work when I came back to Montreal in June, 1994. I persistently applied and tried to look for work, but there were no opportunities. I wasn’t a ‘slacker’, as Aussies would put it.

One Tuesday morning two weeks later, I vividly woke up in the morning and quietly told God that, “I had tried everything I could to find a job, and that’s it”. On that very Tuesday morning, I had 3 job offers (not one, but three!).

One: the Computer lab called me and told me they can give me back the hours I lost, and even top that up to 40 hours a week! Two: another full time worker at the lab told me he could top up any missing hours I couldn’t get at the Computer lab. But best of all, I had a job offer by an external company located at beautiful Old Montreal in which I call IPD.

I was extremely shocked when I received a call from IPD that Tuesday. The man on the phone said, “I know you but you don’t know me. Can you come to our office for an interview?” Here I was, a non French speaking international student being asked to go for an interview with a company that I had no idea how they got my name, and that company was outside of Campus! It was an impossible job offer situation.

The curiosity got to me, and I did go for the interview thereafter. I later found out that the owner of IPD was a friend of an Engineering professor at McGill. This professor saw my job application online (which I had forgotten about), and passed my name to the IPD owner. 1. I explained the Canadian government didn’t give work visas to foreign students until after they graduate. I still had 6 months of studies to go

2. I had volunteered to go on a one month long missions trip in August. I told them that if they hired me, they would have to let me off in August as I had a prescheduled ‘volunteer’ commitment. Why would IPD want to bother to take the time to hire me for 2 months of work in June & July?

3. I was living in bilingual French/English Montreal. I can’t speak French except for some basic ‘survival’ words like numbers and greetings. How was I going to communicate with their field staff in French? Don’t worry, they reassured me. I would just be needed to stay in the office to write the software! I didn’t have to deal with the field staff.

I thought to myself, “These guys are out of their minds to want to hire me. Furthermore, how was I going to get paid?”

** Getting paid was another story itself. I’ll leave that story for another blog. **

Shortly after I started my final school semester in September, I received a letter from the Immigration office. I opened the letter with trembling hands and with bated breadth. Lo and behold, the Immigration office returned my application fee. And amazingly, I opened up a letter with a work permit for IPD stating, “course required for course graduation”. I sat down and took it all in. Much later, I showed my friends the work permit. They were super shocked because they knew it was ‘impossible’ to get a job before one graduated. They haven’t seen anyone get a work permit except for me.

I continued to work for IPD for the next year after I graduated. In the summer of 1994, I learnt that God truly looks after us when it comes to looking for a job. God is a God of possibility and a God of miracles when your life is in His hands. If you are facing an impossible job situation, trust in Jesus for the outcome.