2009: How God Prepares You for a Career Change

2008 was a difficult financial year. The global financial crisis, which had been brewing for a while, really started to show its effects in the middle of 2007 to 2008. Many large financial institutions collapsed due to the subprime crisis. Many governments had to step in and come up with rescue packages to bail out their financial systems. The company I was working for, a large global IT company was also affected due to the slowdown in businesses around the world.

January 1, 2009. I was vacationing in Sydney, Australia. As I got up for the morning, I opened my Bible and prayed for God’s guidance for the rest of 2009. It was my custom to seek God for a Word to guide me at the beginning of each calendar year. That morning, I reached out to Genesis 26. It was a story in the Bible where there was famine in the land.

“There was a famine in the land, subsequent to the earlier famine that occurred in the days of Abraham. Isaac went to Abimelech king of the Philistines at Gerar. 2 The Lord appeared to Isaac and said, “Do not go down to Egypt; settle down in the land that I will point out to you. 3 Stay in this land. Then I will be with you and will bless you, for I will give all these lands to you and to your descendants, and I will fulfill the solemn promise I made to your father Abraham” Genesis 26:1-3 (NET) 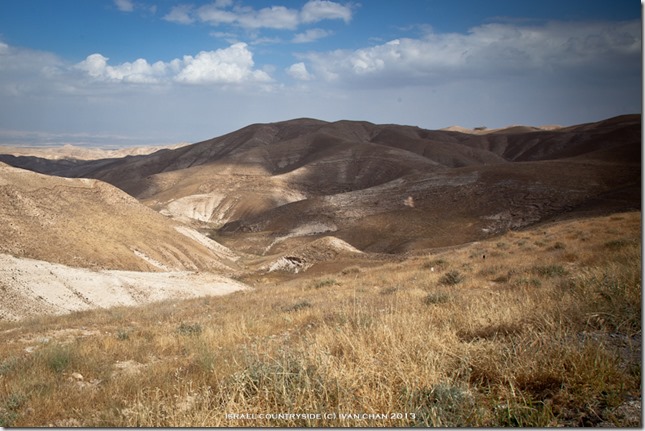 The famine described in Genesis 26 was caused by drought, which impacted the agriculture based society in those days. No water, no produce. No produce, no food. No food, no future! Isaac was searching for a place where he could take his family, his live stock and his servants to safety. Isn’t this similar to how we would naturally want to provide for our families to a place of safety and abundance?

I studied Geography in my Primary School days. One of the lessons I learnt from geography was that the Nile delta in Egypt was a fertile place. It was a place of abundance where agriculture thrived due to water availability. When Isaac faced his season of drought, it was natural that he thought about bringing his family and belongings to Egypt. In fact, his father Abraham himself went to Egypt (see Genesis 12:10) when he experienced famine. Isaac was in a fix. Should he go to ‘where the water was (ie: Egypt)’ which was the logical thing to? Or should he take a step of faith and do as God asked him to do – which was to stay?

“I will multiply your descendants so they will be as numerous as the stars in the sky, and I will give them all these lands. All the nations of the earth will pronounce blessings on one another using the name of your descendants. 5 All this will come to pass because Abraham obeyed me and kept my charge, my commandments, my statutes, and my laws.” 6 So Isaac settled in Gerar” Genesis 26:4-6 (NET)

The Bible describes in Genesis 26:12 that “when Isaac planted in that land, he reaped in the same year a hundred times what he had sown, because the Lord blessed him”. When I finished reading the portion of Scripture in the morning, faith leaped in my heart. I had thought about applying for new jobs inside my company since I had been doing the ‘same thing’ for over 3 years. However, I grabbed the Word of God and felt that I should simply stay put. Don’t change. Just stay where I was until the next instruction from God came.

Jan 22, 2009. My company announced major job cuts due to the slowdown in global business. My peer group responsible for regional sales were affected. We were given time to look for new roles, and many eventually left the company except for two. I was one of the two. My story was that my GM and my manager called me up from the head office to speak with me via conference call. My GM said in a sober voice that he was able to offer a position for me to remain based out of Singapore. Would I like to accept the offer? When I heard that news on the phone, I immediately responded ‘yes’ I would accept that position. Although the role was with the same team, it was a new job because it was a different responsibility. That new job responsibility remained with me for another 3 years before God created another job opportunity for me (that is another testimony altogether!).

God’s Ways are Higher than Our Ways

In summary, why do I give thanks to God for his guidance at that point of my career? My thoughts are the following. If I had persisted in my own thoughts and started to apply for new jobs in January, well it would not have been a show of confidence and loyalty to my manager. When the crunch came, I may have been axed. Instead, I believe that by staying put, my commitment to my team enabled my GM and manager to take the effort to retain a role for me out of a difficult time in the company.

When we hear God’s Word, it provides us advice for our day to day situation. If we hear the word, retain it in our hearts, and persevere through the situation, we will produce a crop (Luke 8:15). In my case, I certainly experienced help in my career in a difficult global financial season. We don’t know what’s ahead of us, but God certainly does. He takes care of us, steers us and leads us in our career. I was blessed and secured a job through an amazing experience.